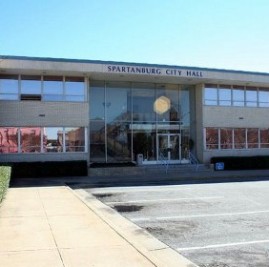 Funding for Body Cameras a Major Concern for Upstate Agencies

SPARTANBURG, SC (FOX Carolina) –
Governor Nikki Haley now has a bill on her desk that takes the first step in equipping all South Carolina police agencies with body cameras.

The measure passed Thursday gives departments about a year to create body camera policies, addressing which officers will wear them, when they should be rolling and how those recordings will be stored.

Now estimates suggest it would cost about $21 Million to buy body cameras for nearly all the officers in the state, so lawmakers say that one year window will help local agencies find the funds for their specific needs.

The city of Spartanburg released their proposed budget for 2015-2016, and it doesn’t include money for body cameras.

It would be about $266,000 to purchase body cameras for all their officers.

Mayor Junie White said finding that kind of money is going to take some time.

The president of the Spartanburg branch of the NAACP Monier Abusaft said, “Body cameras this year should be the number one priority for city council.”

Abusaft said body cameras are a no brainer for the city.

At a city council meeting on June 1, the NAACP urged council members to buy body cameras for all their officers in light of recent events happening across the country.

“There’s no magic bubble around Spartanburg. Issues that are effecting us nationally we have those same type of issues locally,” Abusaft said.

To read more and view the video got to Foxcarolina.com