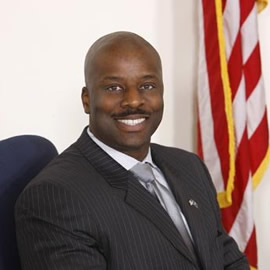 The Spartanburg branch of the NAACP has appointed a new leader.

Spartanburg County Councilman Michael Brown has been named president of the organization. He will replace Wofford College graduate Monier Abusaft, who said it was time for someone else to “take the reins.”

Brown served as the branch’s first vice president and legal counsel for eight years. For the County Council, he chairs the Public Safety and Judiciary Committee.

“I look forward to the opportunity to work with a wonderful organization that’s done a lot of good work for all people,” Brown said.

Brown said he wants to focus on helping members of the community find ways to serve on boards of nonprofits in Spartanburg. He also plans to hold a “restoration of rights” seminar for people coming out of the criminal justice system to help them find employment, housing and ways to reintegrate into society.

“All while promoting unity,” Brown said.

In February, the group held a “Black Lives Matter” rally in downtown Spartanburg