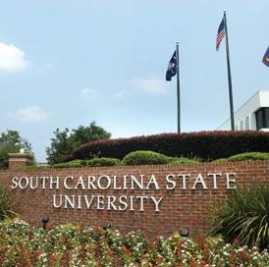 A House proviso subcommittee signed off the plan, a day after the Higher Education and Technical Colleges subcommittee approved the measure.

The proviso calls for all school functions to be suspended for two years, the school president and board of trustees to be fired, and faculty to be released. Students could transfer to another state school if they meet all conditions.

During Wednesday’s meeting, several House members expressed dismay at the increasing debt at the school, and said they didn’t believe the current leadership could turn things around.

“As long as the current leadership is in place, I cannot support putting more money into the school,” said Rep. Kenny Bingham.

Earlier in the day, the South Carolina Legislative Black Caucus said that while they did not agree with shutting down South Carolina State, they do feel current President Thomas Elzey should resign.

Elzey, though, said he has no plans to resign, and said the effort to shutter the school is politically motivated.

Tweet
Share
Pin it
Previous StoryThree pledge total of $7.5 million to Northside Next StorySC State president fires back at Legislative Black Caucus: `I will not resign`