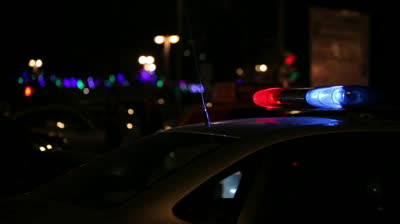 5-year analysis finds 209 incidents of law enforcement shooting at suspects, but few charges and no convictions
Police in South Carolina have fired their weapons at 209 suspects in the past five years, and a handful of officers have been accused of pulling the trigger illegally – but none has being convicted, according to an analysis by The State newspaper.

In South Carolina, it remains exceedingly rare for an officer to be found at fault criminally for shooting at someone.

In an unusual turnaround, prosecutors late last year filed a spate of charges for use of excessive force against three white officers in the shootings of black drivers. Only one went to trial but resulted in a hung jury.

Charges in those three cases represent a decades-long reversal, with prosecutors, including the Capital City’s solicitor, creating national headlines, particularly because of the race of those involved.

Columbia lawyer John O’Leary has represented police across the state for 26 years and doubts an officer has ever been convicted. “I really cannot remember any,” he said. “Certainly, there’s been a lot of shootings.”

O’Leary can recall two cases in which officers went to trial. Neither was convicted. However, many cases turn into civil lawsuits, he said.

Johnny Gasser, a prosecutor in Richland and Kershaw counties for 15 years and now a Columbia defense attorney, can’t recall the solicitor’s office formally accusing an officer – until last year.

“I don’t think we ever charged anybody during the time I was there,” said Gasser, who left the office in 2002. “We ruled all the shootings were justified – and we looked at dozens and dozens of them.”

The State newspaper examined five years of data because of the keen public interest here and nationally in how often shootings occur as well as whether police fire too often and too quickly.

In particular, critics complain about how seldom police are held accountable and who makes those decisions.

It’s possible to examine more data, but the records are buried in thick investigative files and are sometimes incomplete, which leaves key details to be ferreted from individual police agencies.

University of South Carolina criminal justice professor and use-of-force expert Geoff Alpert said apart from The State’s analysis, he knows of no other effort to review police shooting information for an entire state, much less for five years.

“I’ve never seen any analysis of statewide data,” said Alpert, who has been a law enforcement researcher and instructor for several decades and has testified before a presidential task force on 20th-century policing about the lack of reliable police shooting data.

Looking beyond the five-year period examined, those in S.C. law enforcement will tell you anecdotally that a handful of officers have been charged criminally during the past couple of decades. But when their cases go to juries, the allegations almost always are dismissed, jurors deadlock or officers are acquitted.

One officer, a former police chief in Eutawville, is facing a retrial in a fatal shooting because of a hung jury earlier this year.

And a Chesnee police officer pleaded guilty in 2005 to misconduct for shooting a motorist after a chase a year earlier. A judge sentenced the officer to probation – not to jail. But that was a decade ago.

For the past five years, State Law Enforcement Division records reviewed by the newspaper showed:

At least four officers lost their lives and at least 33 were injured, although numbers for 2010 were not readily available.

Richland County led the state with 27 incidents. But the county also tops the state in violent crimes, something that usually drives the numbers up, SLED figures for the past three years show.

Three Upstate counties that straddle the I-85 corridor as a group had 51 shootings.

SLED’s information is incomplete. That’s because there is no law that the agency be notified of a shooting or that SLED or some other outside police agency investigate.

But the state agency’s files are the best thing South Carolina has to document use-of-force cases.

While agencies nationally can track general information about police shootings and injuries to officers, the numbers are incomplete at best and often incorrect, according to experts and newspaper investigations.

That lack of transparency keeps the public from learning whether there are trends in how things go wrong and whether officers who make mistakes are held accountable.

“The bottom line,” Keel said, “is that as long as individuals continue to not follow the instructions of law enforcement … there’s going to continue to be these confrontations. The public has to understand to be more compliant.”

Still, Robert Johnson, of the University of Toledo in Ohio, reminds us that the likelihood of the average citizen being shot by police is akin to the chance of being struck by lightning.

The incomplete data Johnson mined between 2009 and 2012 found that 372 people die each year nationwide during use-of-force encounters. Of those who died, 61.4 percent were white and 32.2 percent were African-American.

Read More at The STATE

police misconduct
Tweet
Share
Pin it
Previous StoryWhy Spartanburg Libraries Should Be the Next Great Start-Up Incubators? Next StoryMonier Abusaft and Michael Brown of the Spartanburg NAACP condemn police shooting