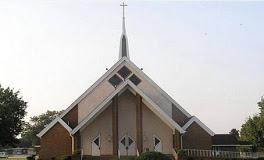 Spartanburg NAACP brings local leaders together to pray for Charleston 9

We shall overcome — that is the message the state of South Carolina is sending to the rest of the nation in wake of the massacre in Charleston.

People all over the state have been gathering and holding prayer vigils that have often crossed races and denominations in the hopes of showing that the aftermath of this tragedy has left everyone unified and not divided.

Long before the rain moved into the Upstate Saturday afternoon, dozens of people congregated in front of Macedonia Missionary Baptist Church in Spartanburg to honor the nine victims that 21-year-old Dylann Storm Roof is accused of shooting and killing Wednesday night at their Bible study at Emanuel African Methodist Episcopal Church.

State Sen. Clementa Pinckney, a pastor at Emanuel AME Church, was among the nine people killed.

The local vigil, organized by the Spartanburg NAACP, brought together a host of people from different churches, denominations and organizations. Local clergy and elected officials gathered to show their support for members of the Spartanburg community, as well as the Charleston community.