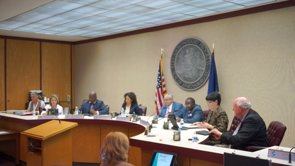 Spartanburg City Council on Monday gave its initial approval of a $35.9 million budget, a spending plan that includes a raise for city employees and sets aside funds for Tasers for patrol and traffic officers. It does not include a tax increase.

It also does not include funds for police officer body cameras, which didn’t sit well with Mayor Junie White.

“We need Tasers, but we need body cameras too,” White said. “It’s not going to go away.”

City Council unanimously agreed to have staff look for thousands of dollars in cuts to cover the cost of body cameras for front-line officers.

The city might eventually receive federal or state funding to pay for such cameras, but White said he felt the city needed a plan in case that money doesn’t come through.

During a public hearing on the budget, NAACP Spartanburg Branch President Monier Abusaft questioned other proposed expenditures, including money that goes to nonprofit organizations like College Town and the Spartanburg Downtown Association.

“Is that more important than protecting our citizens, our black men?” Abusaft asked.