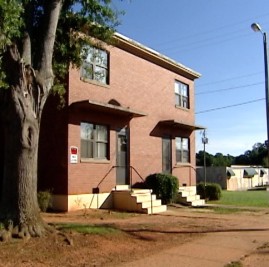 The announcement comes just days before the City is set to submit an application to the U.S. Department of Housing & Urban Development (HUD) for a Choice Neighborhood Implementation (CNI) grant worth potentially $22 million. A key component of the grant application requires communities to demonstrate they have or will be able to leverage two to three times the grant amont in additional funding from other sources. While receiving the CNI grant would enable the City and its partners to execute the Northside Initiative master plan more quickly, the announcement of the joint gifts by the Romill Foundation, the Barnet family, and the Mary Black Foundation signals that the NDG, the City and its partners are prepared to move forward regardless.

“This is a remarkable announcement and a remarkable moment for the Northside, our city, and our larger community,” Spartanburg Mayor Junie White said. “The leadership shown by the Romill Foundation, the Barnet family and the Mary Black Foundation is emblematic of the entire Northside effort, and it positions that community for even greater investment moving forward while helping to meet any number of critical needs right now.”

The funds will be directed to initiatives that will directly enhance the lives of the people who live in the Northside. Specifically, the funds will support educational programs that strengthen individuals, families, and community — from early childhood to adult, or cradle-to-career, to health services, recreational programs, financial literacy, and sustainabile initiatives.

The Romill Foundation is the personal foundation of the late Roger Milliken, who built Spartanburg- based Milliken & Co. into a global leader in textiles and manufacturing innovation. Milliken family members affirmed the $2.5 million gift during a recent visit to Spartanburg.

“Our father loved Spartanburg and was always looking for ways to help the community thrive during the 56 years he made Spartanburg his home,” said Dr. Nancy Milliken, Chair of the Romill Foundation and Milliken’s daughter. “He believed it was important to give people the tools to enable them to succeed. I know he would be inspired by the attention to health, wellness and lifelong learning, which is so integral to the vision for the Northside.”

Bill Barnet has been a business, civic and philanthropic leader in Spartanburg for many years. Prior to being asked by Mayor White and City Manager Ed Memmott to spearhead the Northside Initia- tive, Bill Barnet served as mayor of Spartanburg for eight years (2002-2010). Bill and his wife, Valerie, are very committed to the long-term goals of the Northside Initiative.

The Mary Black Foundation contribution represents an additional $1.5 million 13 months after it announced it was committing a $1 million lead grant for an early childhood learning center on the Northside. The Mary Black Foundation also has made other significant investments in the Northside Initiative over the past several years, including funding for new laptops for Cleveland Academy of Leadership students.

“The Mary Black Foundation’s Board of Trustees enthusiastically supports the effort underway in the Northside,” said MBF Board Chair Bill Coker. “Early childhood development is one of our primary focus areas, and a state-of-the-art early learning center is right at the heart of our mission and commitment to the Spartanburg community.”

“The total amount of these private contributions, and the confidence in our collective vision and efforts implied by them, is astounding,” City Manager Ed Memmott said. “It is unheard of for a community of our size — a city with a population of roughly 40,000 — to be able to leverage this amount of private funding for a community revitalization effort. These gifts work out to nearly $190 for every man, woman and child who lives in the city of Spartanburg. That type of commitment delivers a clear and loud message that Spartanburg has both the will and the capacity to achieve our collective goals.”