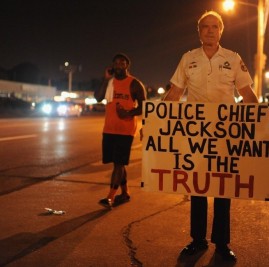 WH Task Force: All police shootings should be independently reviewed

A White House Task Force charged with probing the deteriorated relationship between police and the communities they protect issued a report to President Obama on Monday that calls for independent investigations into all police shootings and to abolish all policing practices that rely on racial profiling.

“The moment is now for us to make these changes,” Obama said during a meeting with task force members at the White House on Monday, according to the Associated Press.

“We have a great opportunity coming out of some great conflict and tragedy to really transform how we think about community law enforcement relations so that everybody feels safer and our law enforcement officers feel — rather than being embattled — feel fully supported. We need to seize that opportunity.”