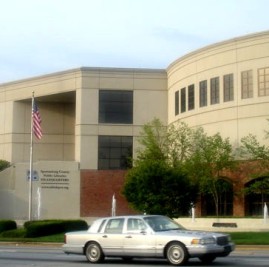 Why Spartanburg Libraries Should Be the Next Great Start-Up Incubators?

Co-working spaces are often treated today as a novelty, as a thoroughly modern solution to the changing needs of a workforce now more loyal to their laptops than any long-term employers. But the idea is actually as old as the public library.

One of the world’s first and most famous libraries, in Alexandria, Egypt, was frequently home some 2,000 years ago to the self-starters and self-employed of that era. “When you look back in history, they had philosophers and mathematicians and all sorts of folks who would get together and solve the problems of their time,” says Tracy Lea, the venture manager with Arizona State University’s economic development and community engagement arm. “We kind of look at it as the first template for the university. They had lecture halls, gathering spaces. They had co-working spaces.”

This old idea of the public library as co-working space now offers a modern answer – one among many – for how these aging institutions could become more relevant two millennia after the original Alexandria library burned to the ground. Would-be entrepreneurs everywhere are looking for business know-how and physical space to incubate their start-ups. Libraries meanwhile may be associated today with an outmoded product in paper books. But they also happen to have just about everything a 21st century innovator could need: Internet access, work space, reference materials, professional guidance.

Read More at: The Atlantic

Tweet
Share
Pin it
Previous StoryWH Task Force: All police shootings should be independently reviewed Next StorySpartanburg County 5th most police shootings out of 46 counties in the State of South Carolina